To celebrate we are sharing Ten Top Space/STEM books – 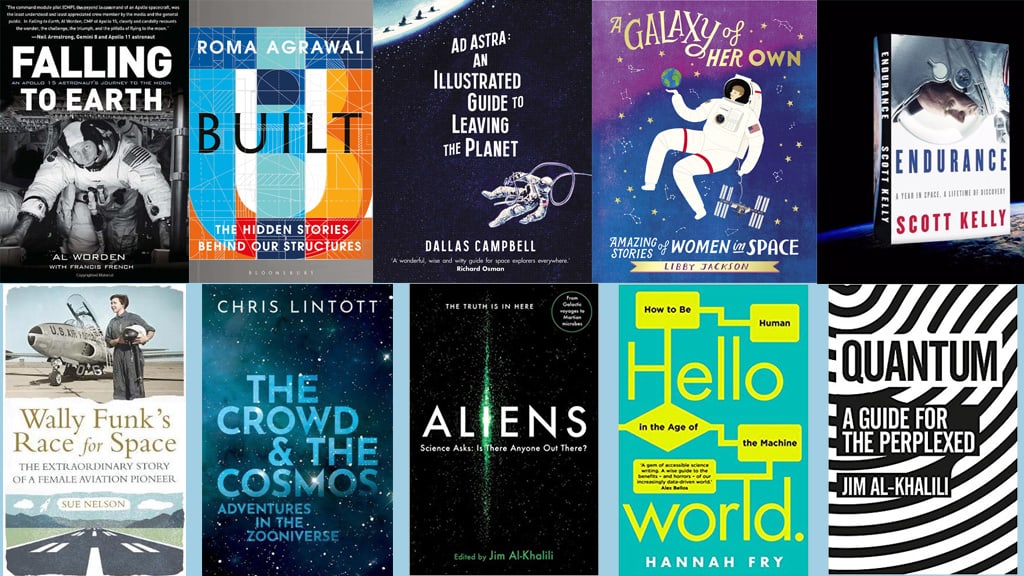 In no particular order –

1 . Falling to Earth: An Apollo 15 Astronaut’s Journey to Earth – By Al Worden and Francis French 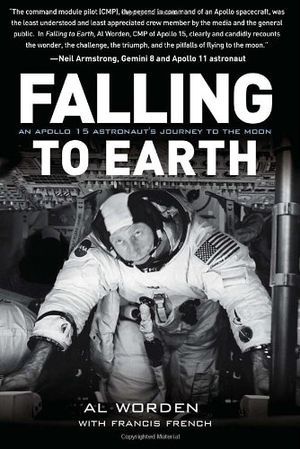 As command module pilot for the Apollo 15 mission to the moon in 1971, Al Worden flew on what is widely regarded as the greatest exploration mission that humans have ever attempted  He spent six days orbiting the moon, including three days completely alone, the most isolated human in existence.  During the return from the moon to earth he also conducted the first spacewalk in deep space, becoming the first human ever to see both the entire earth and moon simply by turning his head. The Apollo 15 flight capped an already impressive career as an astronaut, including important work on the pioneering Apollo 9 and Apollo 12 missions, as well as the perilous flight of Apollo 13.

Al Worden is our fantastic patron and a lovely person with a wonderful sense of humour – this book is an inspirational read for all!
When Al tells a story he makes you feel like you experienced it with him – inspiring the next generation to reach for the stars…

2.  Built: The Hidden Stories Behind our Structures – By Roma Agrawal 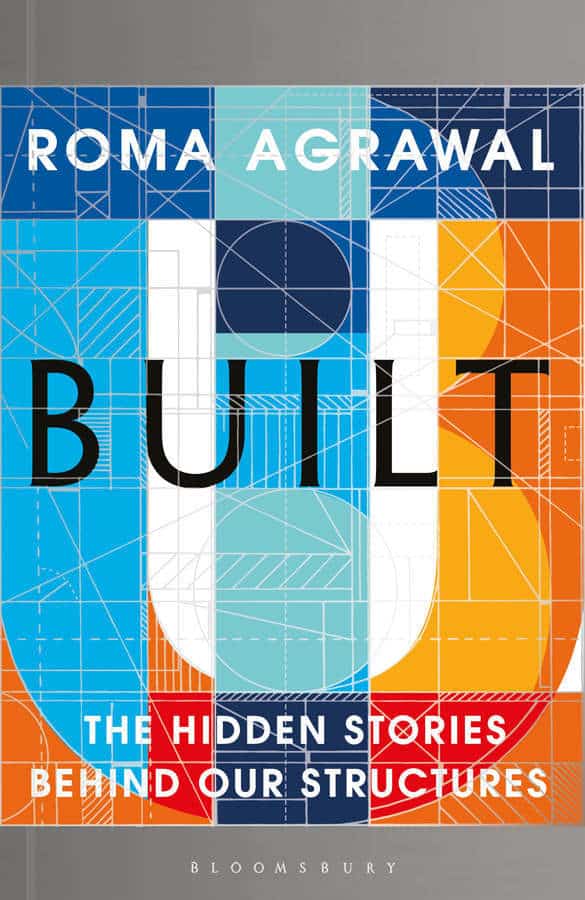 In BUILT, structural engineer Roma Agrawal takes a unique look at how construction has evolved from the mud huts of our ancestors to skyscrapers of steel that reach hundreds of metres into the sky.  She unearths how engineers have tunnelled through kilometres of solid mountains – how they’ve bridged across the widest and deepest of rivers, and tamed Nature’s precious and elusive water resources.  She tells vivid tales of the visionaries who created the groundbreaking materials in the Pantheon’s record holding concrete dome and the frame of the record-breaking Eiffel Tower.  Through the lens of an engineer, Roma examines tragedies like the collapse of the Quebec Bridge, highlighting the precarious task of ensuring people’s safety they hold at every step.

Roma’s passion for engineering is most certainly clear in BUILT!

3.  Ad Astra: An Illustrated Guide to Leaving the Planet – By Dallas Campbell 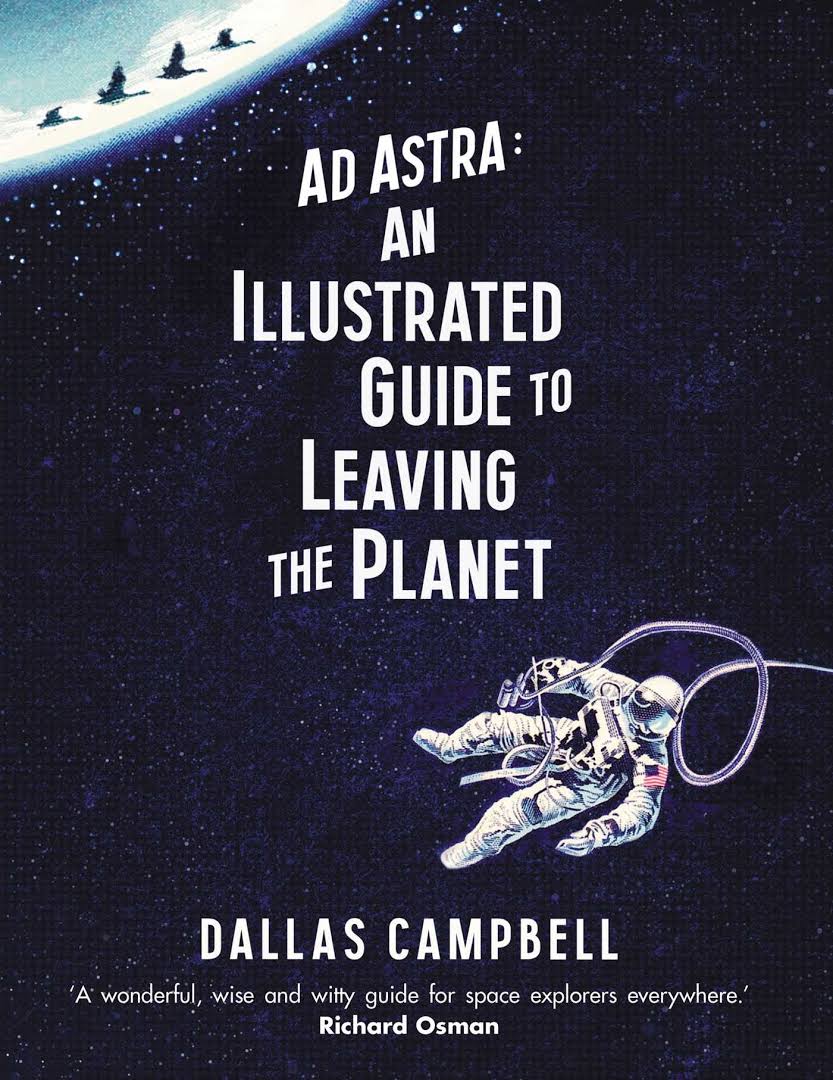 Whether you’ve got itchy feet and need a bit of a break, or you’re looking for a complete change of scene – this book has all the information you’ll need to leave, with FREE expert advice from the men and woman who can actually make it happen!
It covers the wonders that we can all feel about science, and more specifically space exploration, even if you’re not a professional scientist.
It’s fascinating, witty and imaginative!

If you’ve ever looked up into the skies or dreamed about leaving the planet – this book is definitely for you!

Dallas has a fantastic presenting style and his passion for STEM makes this book a compelling must-read!

4.  A Galaxy of Her Own: Amazing Stories of Women in Space – By Libby Jackson 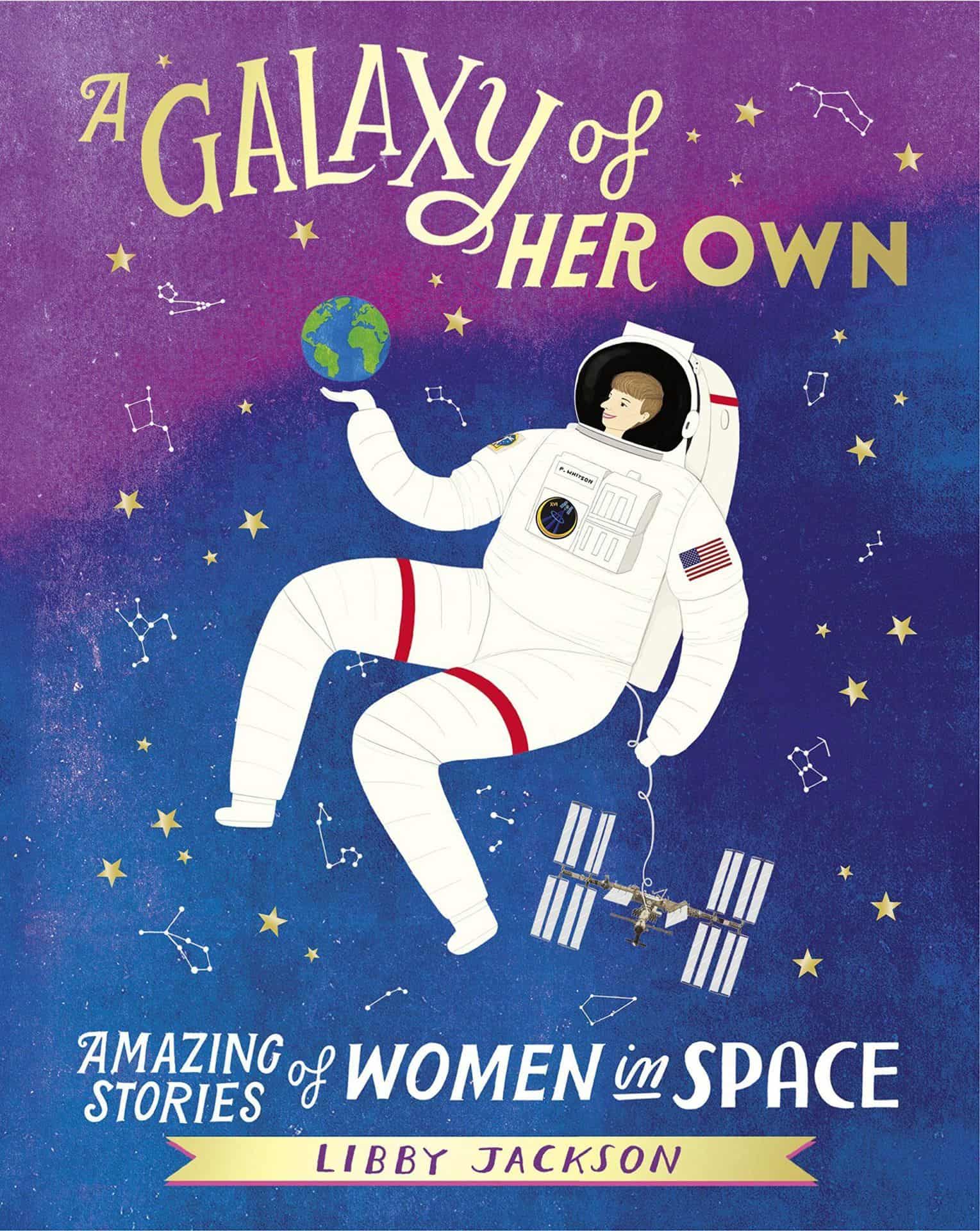 From small steps to giant leaps, A Galaxy of Her Own tells fifty stories of inspirational women who have been fundamental to the story of humans in space, from scientists to astronauts to some surprising roles in between.
Packed full of both amazing female role models and mind-blowing secrets of space travel, A Galaxy of Her Own is guaranteed to make any reader reach for the stars!

Written by Libby Jackson, a leading UK expert in human space flight – this is a book to delight and inspire people of all ages.

Libby is an inspirational speaker and author – a truly lovely person to know!

5.  Endurance: A Year in Space, a Lifetime of Discovery – By Scott Kelly 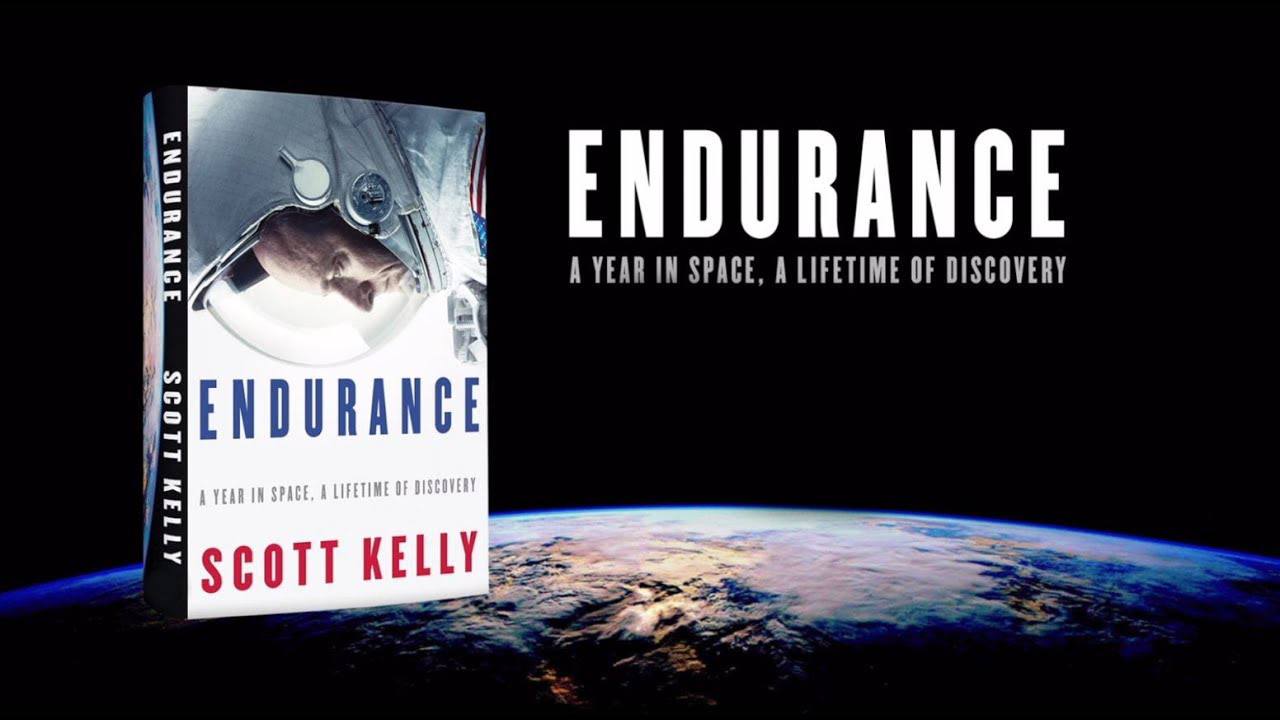 A stunning, personal memoir from the NASA astronaut and modern-day hero who spent a record-breaking year aboard the International Space Station – a book that will inspire generations to come.

Scott gives a personal account of his year in space, from his training, to adjusting back to life on Earth!
A deeply absorbing and vivid look at a year in space, showing the importance of long duration space missions – that will help us explore further into the cosmos!
A truly inspirational book by an incredible, delightful and witty astronaut!

6.  Wally Funk’s Race for Space: The Extraordinary Story of a Female Aviation Pioneer – By Sue Nelson 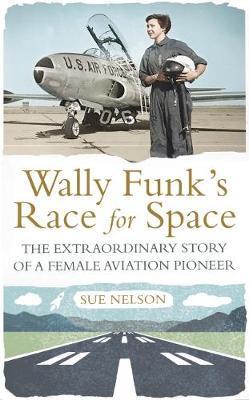 In 1961, Wally Funk was among the Mercury 13, the first group of American pilots to pass the Woman in Space programme.  Wally sailed through a series of rigorous physical and mental tests, with one of her scores beating all the male Mercury 7 astronauts,  including John Glenn,  the first American in orbit.

But just one week before the final phase of training, the programme was abruptly cancelled.  A combination of politics and prejudice meant that none of the women ever flew into space.  Undeterred, Wally went on to become America’s first female aviation safety inspector, though her dream of being an astronaut never dimmed.

Sue is determined to inspire more girls to develop a love for space – Wally’s story is an inspiration for all!

7.  The Crowd and the Cosmos: Adventures in the Zooniverse – by Chris Lintott 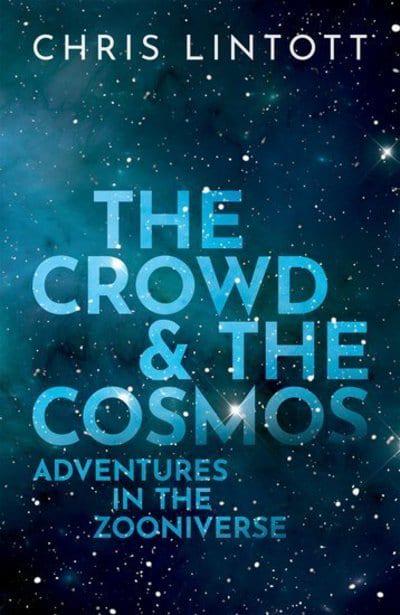 The world of science has been transformed.  Where once astronomers sat at the controls of giant telescopes in remote locations, praying for clear skies – now they have no need to budge from their desks as data arrives in their inbox -what they receive is overwhelming; projects now being built provide more data in a few nights than in the whole of humanity’s history of observing the Universe.  It’s not just astronomy either – dealing with this deluge of data is the major challenge for scientists at CERN and for biologists who use automated cameras to spy on animals in their natural habitats.  Artificial intelligence is one part of the solution – but will it spell the end of human involvement in scientific discovery?

No, argues Chris Lintott. We humans still have unique capabilities to bring to bear – our curiosity, our capacity for wonder and most importantly – our capacity for surprise.  It seems that humans and computers working together do better than computers can on their own.  But with so much scientific data, you need a lot of scientists – a crowd, in fact.  Chris found such a crowd in the Zooniverse, the web-based project that allows hundreds of thousands of enthusiastic volunteers to contribute to science.

In this book, Chris describes the exciting discoveries that people all over the world have made, from galaxies to pulsars, exoplanets to moons and from penguin behaviour to old ship’s logs.  This approach builds on a long history of so-called ‘citizen science’, given new power by fast internet and distributed data.  Discovery is no longer the remit only of scientists in specialist labs or academics in ivory towers. It’s something we can all take part in.  As Chris shows, it’s a wonderful way to engage with science, yielding new insights daily.

You, too, can help explore the Universe in your lunch hour.

Chris Lintott’s Passion for astronomy and witty humour makes this book and enjoyable and captivating read for anyone whether an expert or amateur – you will most certainly enjoy this superbly written insight into the unique and powerful contribution everyone can make to scientific knowledge.

8.  Aliens: Science Asks: Is There Anyone Out There?: Science from the Other Side – Professor Jim Al-Khalili 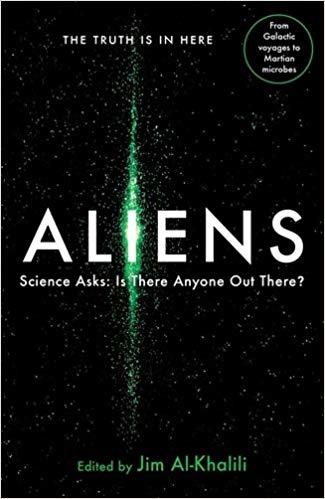 These are the biggest questions we’ve ever asked – and here, Professor Jim Al-Khalili, theoretical physicist and host of BBC Radio Four’s The Life Scientific, blasts off in search of answers.  Coming with him are Martin Rees, Ian Stewart, Louisa Preston, Monica Grady, Sara Seager, Paul Davies and a crack team of scientists and experts who’ve made it their life’s work to discover the truth.

So get ready to visit the ice boulders and hydrocarbon lakes of Saturn’s moon Titan, meet the tiny eight-legged critters that could survive in space and learn about the neuroscience behind belief in alien abductions.

Lively, curious and filled with scientific insights fresh from the cutting edge of the Galaxy.

9.  Hello World: How to be Human in the Age of the Machine – By Hannah Fry 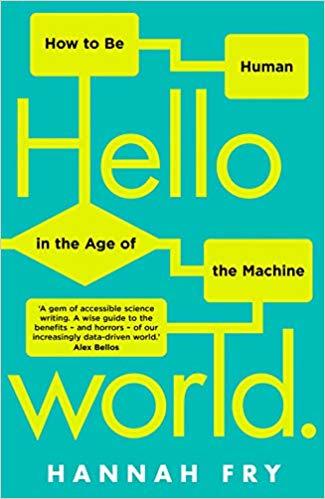 You are accused of a crime. Who would you rather determined your fate – a human or an algorithm?
An algorithm is more consistent and less prone to error of judgement – yet a human can look you in the eye before passing sentence.

Welcome to the age of the algorithm, the story of a not too distant future where machines rule supreme, making important decisions in healthcare, transport, finance, security, what we watch, where we go even who we send to prison.  So how much should we rely on them?  What kind of future do we want?

Hannah Fry takes us on a tour of the good, the bad and the downright ugly of the algorithms that surround us.  In Hello World she lifts the lid on their inner workings, demonstrates their power, exposes their limitations, and examines whether they really are an improvement on the humans they are replacing.

This book is fantastic – you must read it!

10.  Quantum: A Guide For The Perplexed – By Jim Al-Khalili 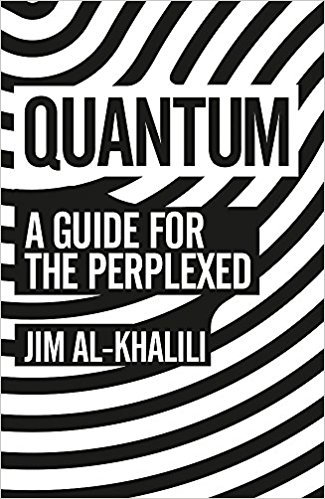 From Schrodinger’s cat to Heisenberg’s uncertainty principle, this book untangles the weirdness of the quantum world.

Quantum mechanics underpins modern science and provides us with a blueprint for reality itself and yet it has been said that if you’re not shocked by it, you don’t understand it.  But is quantum physics really so unknowable?  Is reality really so strange?

Our journey into the quantum begins with nature’s own conjuring trick, in which we discover that atoms – contrary to the rules of everyday experience – can exist in two locations at once.  To understand this we travel back to the dawn of the twentieth century and witness the birth of quantum theory, which over the next one hundred years was to overthrow so many of our deeply held notions about the nature of our universe.  Scientists and philosophers have been left grappling with its implications every since.

We recommend this book to anyone who is seeking an introduction to quantum mechanics!