Unfortunately due to weather conditions the historic NASA’s Commercial Crew Program – SpaceX’s Crew Dragon spacecraft which was meant to launch last Wednesday (27th May) was postponed until today (30th May).

As always for any manned spaceflight – crew safety is top priority.

A new era of human spaceflight is set to begin as American astronauts once again launch on an American rocket from American soil to the International Space Station as part of NASA’s Commercial Crew Program.

NASA astronauts Robert Behnken and Douglas Hurley will fly on SpaceX’s Crew Dragon spacecraft, lifting off on a Falcon 9 rocket, the first manned space flight to leave US since 2011, is set for blast off from Cape Canaveral, Florida – today at 8.22pm UK time (3.22pm Eastern Time) 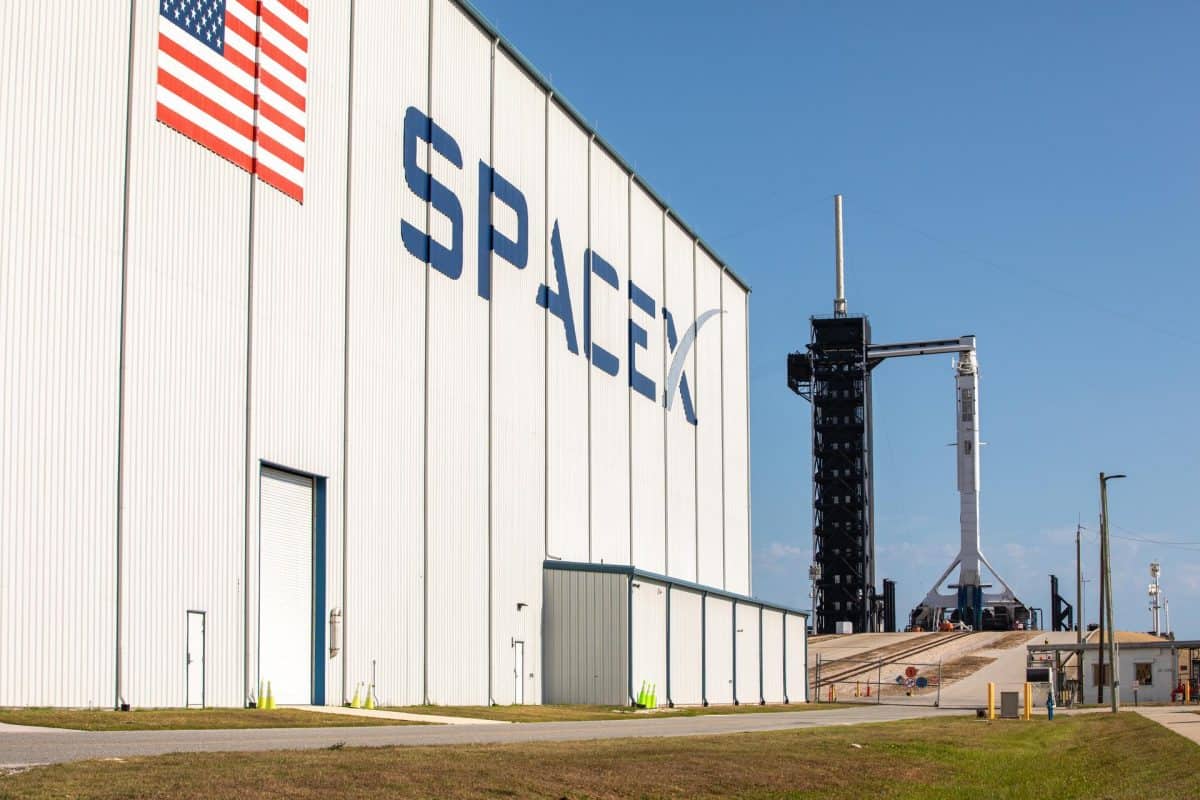 NASA’s SpaceX Demo-2 mission will return human spaceflight to the International Space Station from U.S. soil on an American rocket and spacecraft as a part of NASA’s Commercial Crew Program.  Demo-2 will be SpaceX’s final test flight to validate its crew transportation system, including the Crew Dragon, Falcon 9, launch pad and operations capabilities.  During the mission, the crew and SpaceX mission controllers will verify the performance of the spacecraft’s environmental control system, displays and control system, maneuvering thrusters, autonomous docking capability and more. 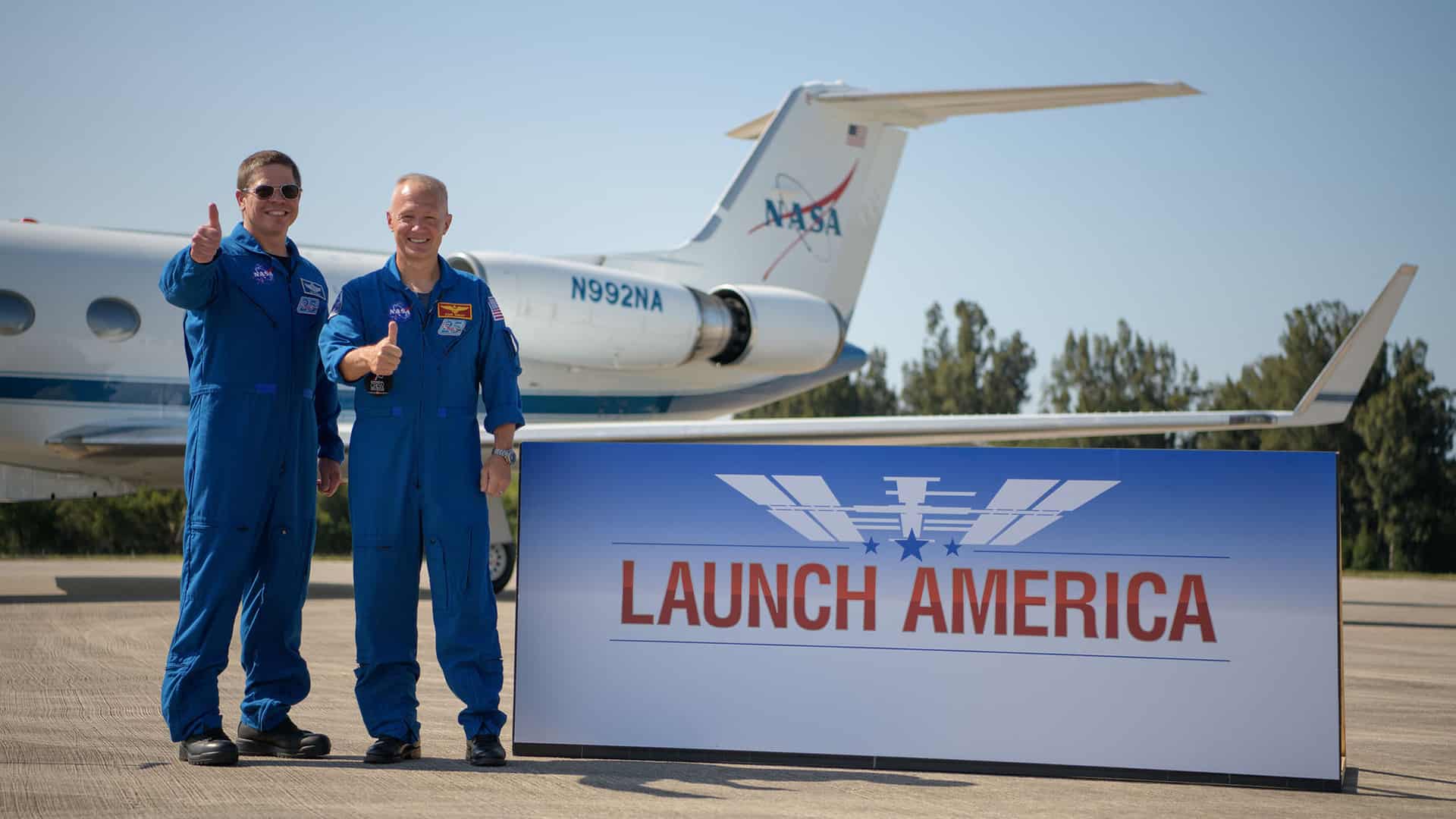 Who are the astronauts on this historic mission? 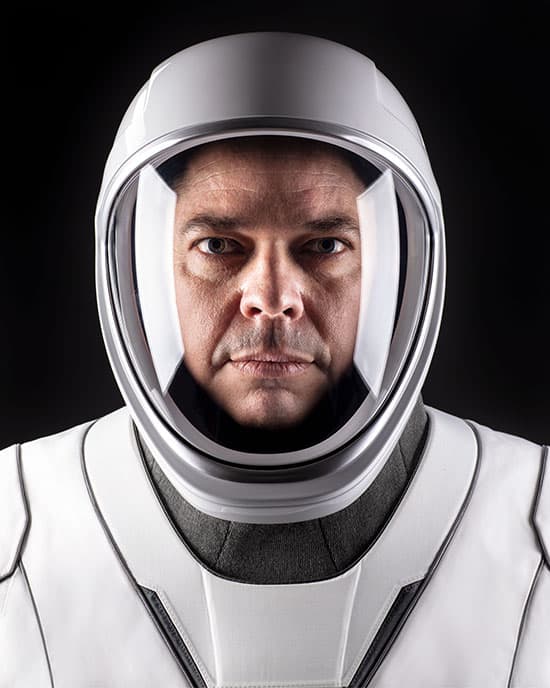 Robert will be the joint operations commander for the mission, responsible for activities such as rendezvous, docking and undocking, as well as Demo-2 activities while the spacecraft is docked to the space station.

He was selected as a NASA astronaut in 2000 and has completed two space shuttle flights.  Behnken flew STS-123 in March 2008 and STS-130 in February 2010, and he performed three spacewalks during each mission. Born in St. Anne, Missouri, he has bachelor’s degrees in physics and mechanical engineering from Washington University and earned a master’s and doctorate in mechanical engineering from California Institute of Technology.

Before joining NASA, Robert was a flight test engineer with the U.S. Air Force. 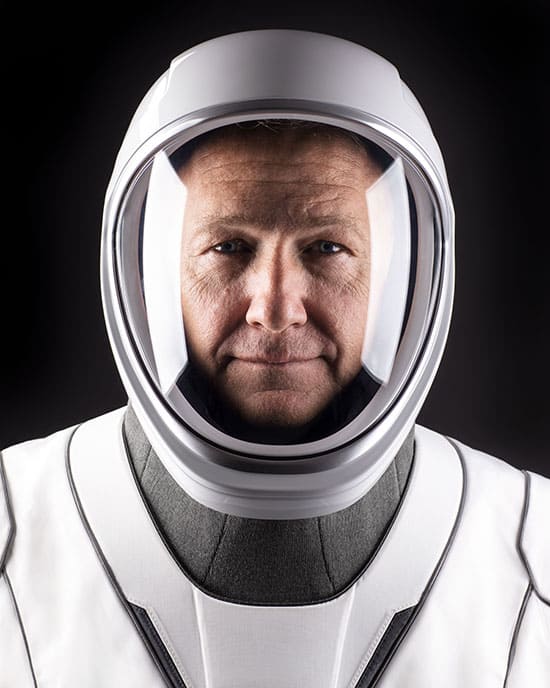 Douglas will be the spacecraft commander for Demo-2, responsible for activities such as launch, landing and recovery.
He was selected as an astronaut in 2000 and has completed two spaceflights.  Hurley served as pilot and lead robotics operator for both STS‐127 in July 2009 and STS‐135, the final space shuttle mission, in July 2011.  The New York native was born in Endicott but considers Apalachin his hometown.  He holds a Bachelor of Science degree in Civil Engineering from Tulane University in Louisiana and graduated from the U.S. Naval Test Pilot School in Maryland.
Before joining NASA, he was a fighter pilot and test pilot in the U.S. Marine Corps. 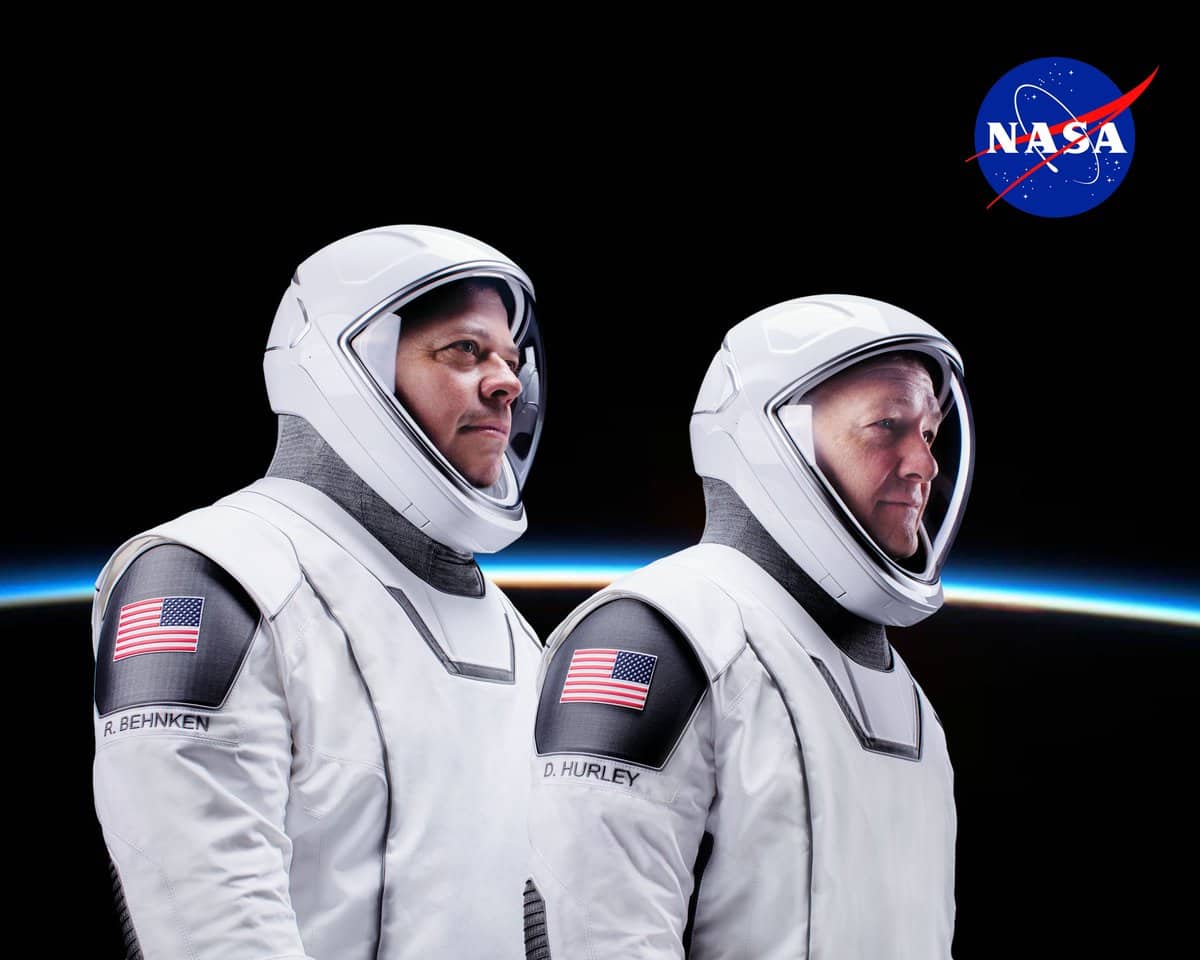 The spacesuits that Bob Behnken and Doug Hurley in  the SpaceX Crew Dragon capsule to launch to the International Space Station on the Demo-2 mission, look different than the ones you are used to seeing.
They appear sleeker than the Sokol launch and entry suits that astronauts wear for launch onboard the Soyuz capsule that has been carrying crews to the ISS for the last nine years.  They bear even less resemblance to the orange “pumpkin suits,” also known as Advanced Crew Escape System (ACES) suits, that Space Shuttle crews wore when riding the shuttle to orbit or the space station.

It should not be surprising that the suits, like many things related to Elon Musk’s SpaceX operation, intentionally look unlike anything that has gone before them.

Their helmets are 3D-printed & the gloves are touchscreen-sensitive.
The Starman suits are all in one piece & customised for the individual astronaut.
But they are just designed for use inside the SpaceX capsule Crew Dragon – they’re not suitable for use on spacewalks. 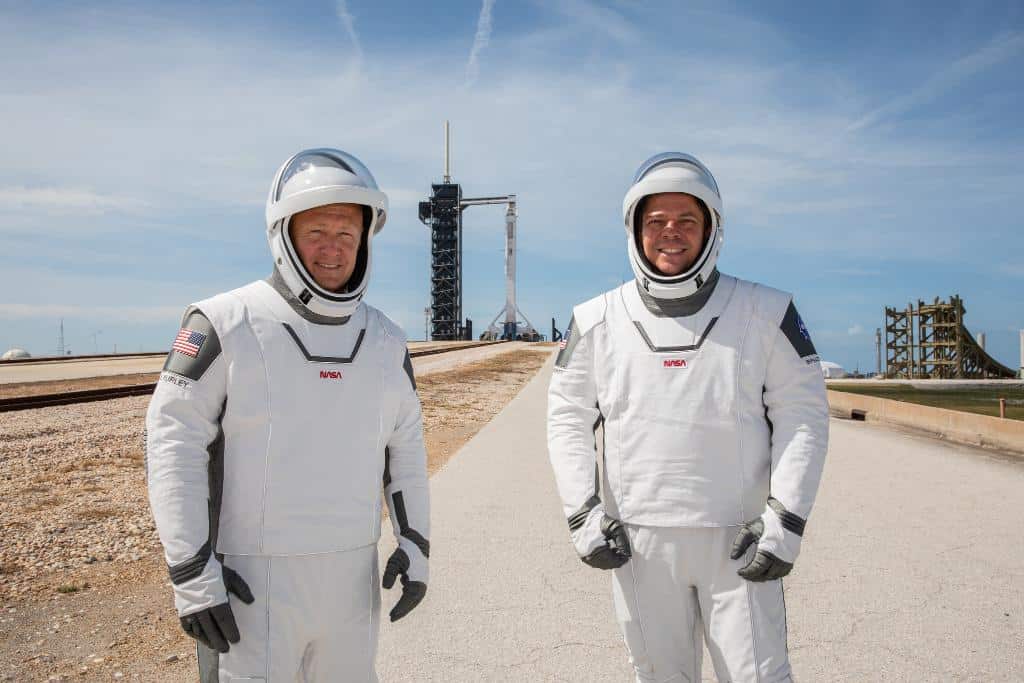 Launch and entry suits that astronauts wear at the start and finish of their missions provide added safety to the astronauts during the most dangerous phases of the flight, like when they travel through the Earth’s atmosphere, but they are not autonomous.
The suits rely on the life support and communications systems of the spacecraft to protect life in the event of a failure of the capsule’s primary life support systems. Traditionally these suits have been adaptations of pilots’ high-altitude suits that mostly serve the same purpose. 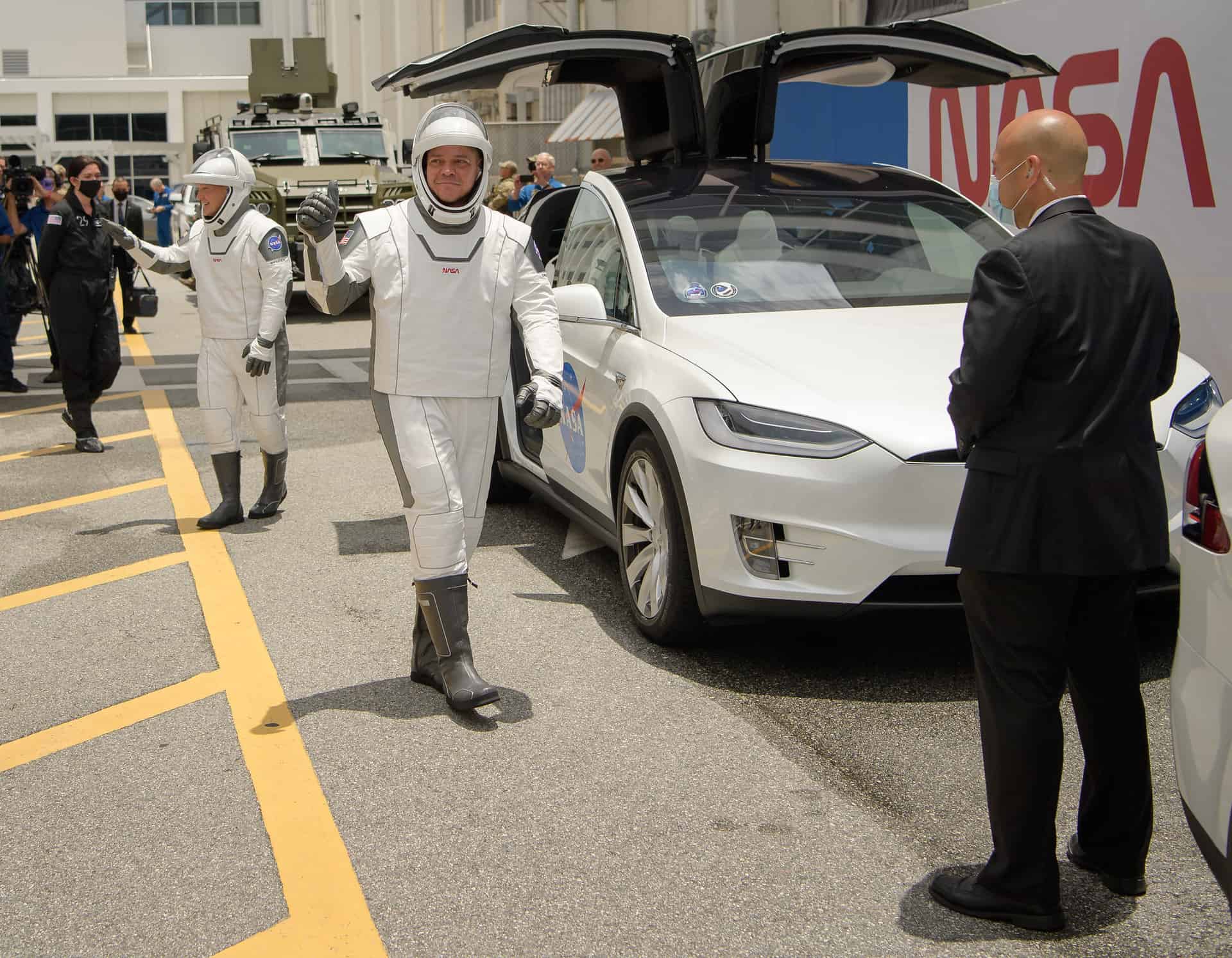 Robert and Douglas will join the Expedition 63 crew on the station to conduct important research, as well as support station operations and maintenance.
While docked to the station, the crew will run tests to ensure the Crew Dragon spacecraft is capable on future missions of remaining connected to the station for up to 210 days as a NASA requirement.
The specific duration for this mission will be determined after arrival based on the readiness of the next commercial crew launch.

Finally, the mission will conclude with the Crew Dragon undocking from the station, deorbiting and returning Behnken and Hurley to Earth with a safe splashdown in the Atlantic Ocean. 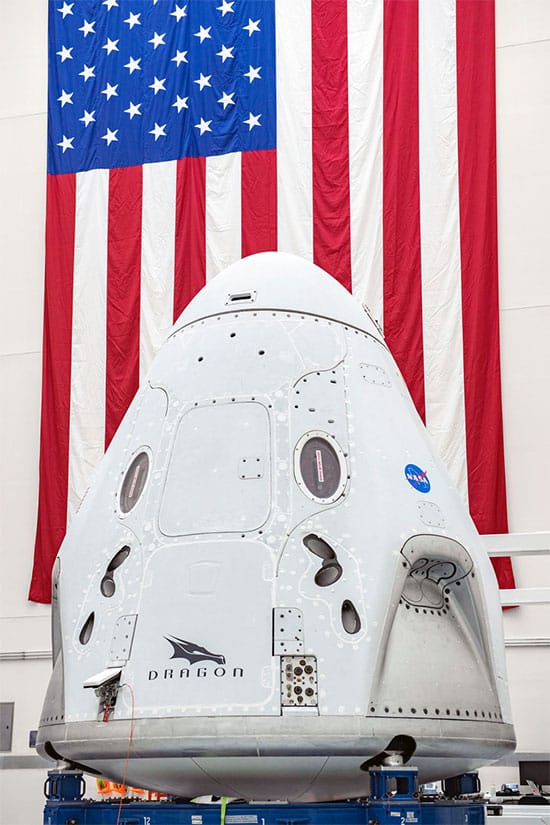 Upon conclusion of the mission, Crew Dragon will autonomously undock with the two astronauts on board, depart the space station and re-enter the Earth’s atmosphere.  Upon splashdown just off Florida’s Atlantic Coast, the crew will be picked up at sea by SpaceX’s Go Navigator recovery vessel and return to Cape Canaveral.

The Demo-2 mission will be the final major step before NASA’s Commercial Crew Program certifies Crew Dragon for operational, long-duration missions to the space station.  This certification and regular operation of Crew Dragon will enable NASA to continue the important research and technology investigations taking place onboard the station, which benefits people on Earth and lays the groundwork for future exploration of the Moon and Mars starting with the agency’s Artemis program, which will land the first woman and the next man on the lunar surface in 2024. 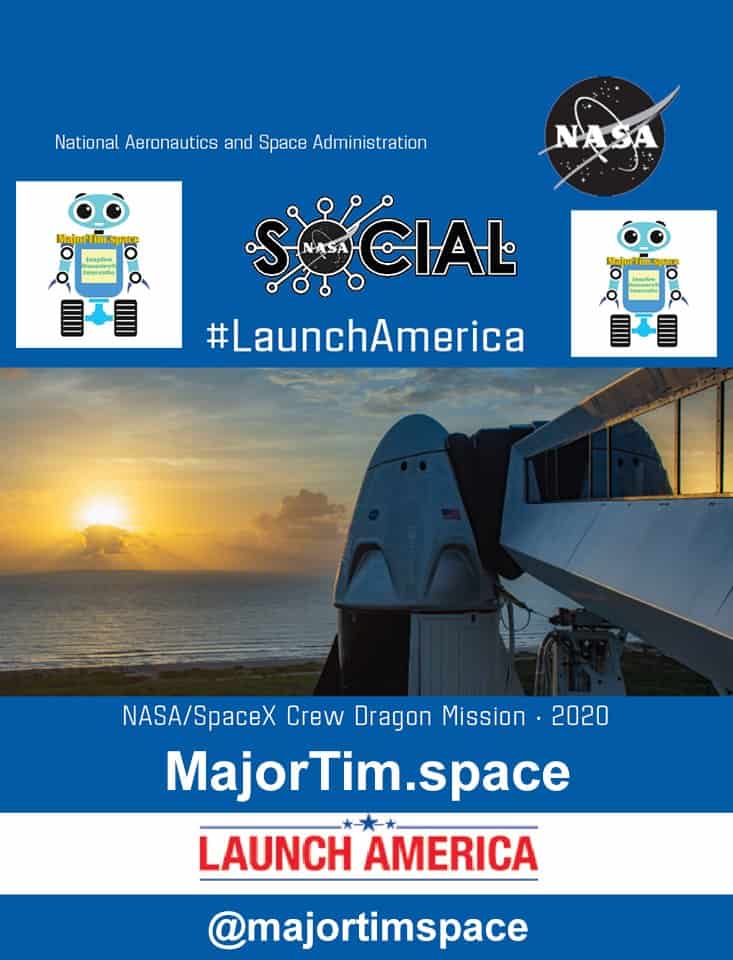