It has been one year since Tim Peake’s Launch!
On the 15th of December 2015 Tim Peake launched into space, and many events went on around the UK!

It was a exciting day for many children and adults alike.
In sub-zero temperatures in Kazakhstan, Dallas Campbell reported live from the Soyuz rocket launch site.

What a fantastic year Tim Peake has had, inspiring so many people with his amazing research on the ISS, His return to Earth, The fantastic Principia Tour, The Principia School Conferences and so much more!

The UK has bought the capsule which took Tim Peake into space and returned him to Earth!
The Capsule will go on display at the Science Museum in London early next year (2017)!

The Russian Soyuz TMA-19M craft has been refurbished, but is still slightly singed from re-entry into the Earth’s atmosphere.

Major Peake told BBC News that he was “absolutely delighted” to hear his spacecraft would be brought to the UK.

“Hopefully it may act as an inspiration for the next generation of scientists and engineers” he said.

“Flying into space is a huge privilege but it also comes with risk and one of the highest risk areas are launch into space and re-entry into the Earth’s atmosphere.

The Soyuz spacecraft is designed to protect the crew from these harsh conditions.

So you get very attached to your spacecraft because it definitely does save your life.”

Britain’s first astronaut, Helen Sharman, said she hoped the acquisition would have an inspirational effect.

“I think it is a tremendous thing to have Tim’s capsule.  Not just a Soyuz capsule – but it is Tim’s.  The fact that we know that our astronaut was actually inside it – he physically sweated inside that suit, he looked outside of that window and saw what it was like to re-enter Earth’s atmosphere – it really provides us with the link to our own astronauts,” she told BBC News.

The space suit used by Helen Sharman on her mission to the Mir space station in 1991 is on display at the Science Museum.

She said that it was important to have real artefacts that had actually been in orbit for people in the UK to view.

“Even now, 25 years after my space flight, people want to touch me even though every cell in body has probably regenerated” she said.

“It is really significant (having Tim’s Soyuz in the UK). It is not a mock up, it is not a simulator, it is not someone else’s Soyuz. The fact that our own astronaut actually did things inside provides us with a connection to human spaceflight.

“It might only be psychological as it will look very similar to other Soyuz spacecrafts that have actually re-entered the Earth’s atmosphere, but it’s not – this is Tim’s.”

Keep an eye on my blog for updates!

Apollo software engineer Margaret Hamilton was awarded the Presidential Medal of Freedom today by President Barack Obama for her contribution to the Apollo 11 Moon landing 47 years ago!

Tim Peake has just written his first book, and it is now available to buy in all good book shops and online!
It’s a must have for anyone who loves Astronomy!
Very interesting book with lots of fascinating pictures of Earth from The International Space Station!
Tim is donating all the proceeds from his book to ‘The Prince’s Trust’.
You may be wondering why he called his book ‘Hello, is the planet Earth?’  well you  might of already heard of this incident, but just in case you haven’t this is what happened………….
There was a time when Tim phoned a wrong number from The International Space Station (ISS) He thought he that he was ringing his sister, so decided to say to her “Hello, is this planet Earth…?”   Of course the lady who answered the phone wasn’t his sister, so she answered (quite annoyed!) “No it is not!” and put the phone down, there and then Tim felt genuinely bad because she obviously thought that is was prank caller on Christmas Eve (she didn’t realise that she was speaking to the First British ESA Astronaut on board The ISS!).
He Tweeted out to her and said “I’d just like to apologise to the lady that I just called by mistake saying “Hello, is this planet Earth?” – Not a prank call just a wrong number!
He got an incredible response from Twitter, it went around the world and people loved it!

The Supermoon was not that super for some (more got ‘super’ cloud instead!) but having said that the cloud did clear (eventually!) and I managed to get a good shot of the Moon!
If your not sure what the Supermoon is please refer to my last post.
I hope you all got to see the Moon and got some good photos (even if you had more cloud than moon!). 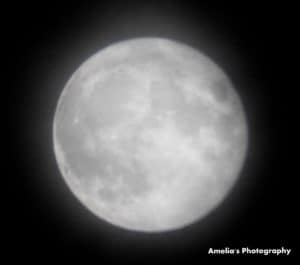 The Moon is a familiar sight in our sky, brightening dark nights and reminding us of space exploration, past and present.  But the upcoming Supermoon — on Monday, Nov.  14 — will be especially “super” because it’s the closest full moon to Earth since 1948.  We won’t see another Supermoon like this until 2034.

The Moon’s orbit around Earth is slightly elliptical so sometimes it is closer and sometimes it’s farther away.  When the Moon is full as it makes its closest pass to Earth it is known as a Supermoon.  At perigree — the point at which the Moon is closest to Earth — the Moon can be as much as 14 percent closer to Earth than at apogee, when the Moon is farthest from our planet.  The full moon appears that much larger in diameter and because it is larger shines 30 percent more Moonlight onto the Earth.

Saturday 5th November 2016, was the date that the Principia Schools Conference took place in York, with a very special guest in attendance…………Tim Peake!
I was lucky enough to be picked to attend the conference!
The day included………
Keynote talks from Tim Peake and leading Astronomy experts!
An amazing chance to display my Astronomy and Tim Peake projects, to leading Astronomy experts and the man himself – Tim Peake!
Plus much, much more!

But this amazing event was only all made possible by the fantastic Libby Jackson, who is the Flight Director at Columbus Control Centre!
Thanks Libby for such a great day! 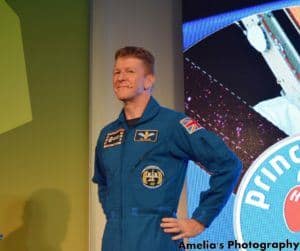